If there are any typos in this post, it's because I busted it out in 15 minutes while I was waiting to watch Pan with my sister, so I never reread through it. XD Enjoy. How it's going: So I hit 50k! As of today's session, I have 52,554 words. The main reason I got here is because over the last week I was absolutely panicked  over trying to reach the end of the story before November ends. Chances are, I won't. But I'm getting over that for one very important reason: Writing 2.5k daily was not a good choice. Sure, it made my novel word count jump up like crazy, but I was doing that on top of trying to keep up with the blog, various social media, working around 30 hours a week, and trying to keep myself alive. It wasn't working. And here's the thing: everyone could see it but me. I was desperate to reach the end of the story like it was the only thing that mattered, and honestly, it's still one of my biggest goals. But if I don't get there, that's o
2 comments
Read more

Why NaNoWriMo isn't going well this year for anyone 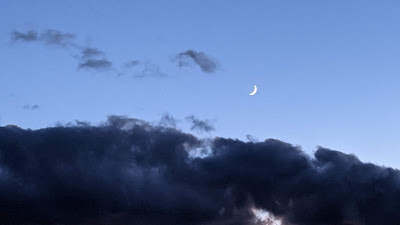 If NaNoWriMo isn't going well for you this year, then I'm here to tell you that you're not alone. I've heard a lot of people say this year that NaNoWriMo isn't going as well or feeling as good as it has in previous years. And I've been feeling the same way. Personally, I just thought that my hardcore, crazy, 14-day writing prep sesh in October had burnt me out a little bit. I thought I was just tired. And maybe that's still the case. (Isn't going to stop me from finishing, though!!) But having heard so many people say that they felt the same feeling as I did, I'm now realizing that it may be due to just the way the rest of this year has gone. Basically, all our brains are burnt out. Let's face it, we've all gone through a lot this year. I don't even need to begin the list. Everyone else is already done that. But the plain and simple truth is that all this stress and worry and anxiety and turmoil may be putting a huge strain on our minds a
Post a Comment
Read more

NaNoWriMo update#2- I think I'm fluffing my way to victory?

Current word count: 36,197 How I'm doing As a whole, it's actually going really well. I crossed 30k two days ago, and so far I've been determined to just put. Words. On. Paper. that I've been too busy to get stuck, I guess. 😂 BUT HERE'S THE PROBLEM: I'm past 30k and I'm not even close to the midpoint.  *Insert laughing crying hysteria noise here* This is what I get for writing a sequel. Normally this would be great! I mean, I'm normally an underwriter, so writing this many words is great! Sure, I threw in a fluff scene here and there, but mostly it's just the story that's taking up all this room. But I was really planning on taking part of if not all of December off after NaNoWriMo so I wouldn't get burnt out. After as chaotic as October was and as crazy as November now is, I was really looking forward to that break. But if I don't finish this novel in November, I'll be stuck writing it in December because I won't want to forget
Post a Comment
Read more

NaNoWriMo Update- It's a day late for reasons

What's up! It's the first NaNoWriMo update! Overview: Overall, it's going pretty good! I'm finding I only really have enough time to write about 2k a day when I was hoping to do a little more because I'm hoping the novel will end up longer than 60k, but with work and other responsibilities and just trying to keep my life afloat, that's what we've got, and I'm grateful for that much! :) This post is late because it's the second one that I've totally forgotten about until the last minute! Isn't that fun! I really did mean to do better, but yesterday was a hectic day, and the last thing on my mind was this post, sorry. Current word count: Plot wise, we're currently sitting in the first half of the second act, which is probably where I should be considering that we're already a third of the way through the month! If you're nanoing with me, well done! You've made it this far! Keep going. As far as the word count, as of right now(th
3 comments
Read more 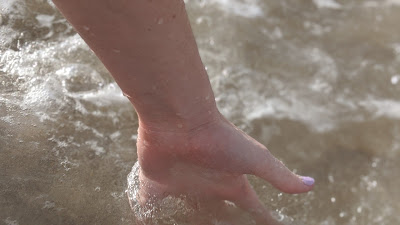 October 2020 was honestly a mess. A mess that is funny to look back on but definitely not something I would want to relive. You will get more information on what I mean below, because otherwise this is just going to turn into a long infodump, and who would want one of those when you can have the same information sorted into tidy categories?? Writing, I think, is where the worst struggles were. In the first half of October, I thought I was doing good. I had all the character profiles under control finally, and I pretty much knew everything I needed to know except for the plotting. I really wanted to get everything done in the first part of October so I could have some chill time in between prepping and starting NaNoWriMo. Easy enough, right? Wrong. I already knew that my family was going on vacation in the middle of October, and I was prepared for that. Sure, I did a little prep work on that trip because I needed to, and I was a little stressed because I was trying to do plot structure
2 comments
Read more

How i'm posting in November

November 04, 2020
To be honest, I really didn't want to do this the way it's turning out, but it's not looking like I have many options. Please don't click away, just read the post. It isn't long. The long and the short of it is that in November, I won't be doing 2 intense, in-depth blog posts every week, due to work and NaNoWriMo stuff and just trying to keep my life afloat. September and October felt like a frantic rush where my to-do list was so long I kept forgetting things, so I want to avoid as much of that as I can come November. I'm only human, but I want to do better. Which is why I'm parring down on some things during November so that hopefully I can feel in control of my life again. But posting will resume in the regular way in December, don't worry! So how's posting going to work in November? Basically, Tuesday posts are going to be NaNoWriMo updates, containing my word counts, how it's going, and ohoho maybe even snippets! I'll also be checki
2 comments
Read more

Here we go again with putting everyone in categories! There are probably a million that I've missed, but here are some of the most common or most prominent kinds of people who participate in NaNoWriMo. Here we go! 1. Doesn't have an outline and freezes halfway through Honestly, I sometimes feel this way even with an outline 2. Jumps in at the last minute Me watching from a distance to see if you can make it 3. Is ready with a18-point plan months ahead of time Mad respect, my friend 4. Writes 80k in week 1 Sorry to be the bearer of bad news, but we all hate you. Seriously, why are you here? 5. Falls behind and has to write 249986893498 words in the final week Only the spirits of good fortune can save you now 6. Steady steady wins the race I'm proud of you, too. You're the normal one XD 7. The 5 am writer Whether you get up at 5 am to write or if you write until 5 am, this is what you look like to the rest of us 8. The 'I wanna drop out and take my time, this novel i
4 comments
Read more
More posts

Bethany
Wassup! I love to write good novels and see humor done well. No saying if I actually do either one of those things well... but hey, I try.